How To Install Drywall Anchors?

Various anchor types are discussed for different materials.
James Spark
Published on 10 Nov at 12:00 pm
Guides
Updated on 7 Nov at 1:28 pm
Disclaimer: Each product we feature has been independently selected and reviewed by our editorial team. If you make a purchase using the links included, we may earn commission.
Table Of Contents

You want to hang something more substantial than a standard picture frame from the drywall in your room. You will enjoy the nail remaining in place and not suddenly rip through the drywall underneath the weight of whatever it is supporting, whether it is a towel rack loaded with moist bath towels, a paper towel holder that receives frequent usage, or even a hefty mirror.

Without the appropriate support, the drywall has no choice except to disintegrate in this manner. One of the most common methods for fastening a rack or other object to the wall is to use drywall anchors, one of the many available alternatives.

These pre-screw installations are meant to assist hold your fastener in place by gripping the fragile drywall and providing additional support. If you apply these instructions to use drywall anchors in your next project correctly, you may have peace of mind knowing that your hard work will be able to withstand the test of time.

What Exactly are Drywall Anchors, However:

When hanging heavy stuff on your walls, the studs should serve as the anchors so that you may get optimal results. However, this isn’t always achievable, especially if you want something hanging in a particular area and there isn’t a stud behind it. In this case, you won’t be able to use this method.

The drywall material is so fragile that simply driving a screw into it won’t cause the screw’s threads to fully bite into the drywall, resulting in a screw with relatively limited holding strength.

Anchors for drywall may be a lifesaver in situations like this one. A drywall anchor is placed between the screw and the drywall, penetrating the latter in a far more efficient manner than a screw. After that, you screw it into the anchor, which ensures that everything remains in its proper position.

There are various kinds of drywall anchors available to pick from, and you may want to use a particular one depending on what you are mounting or hanging.

Expansion anchors sometimes take the form of cones, and they typically have elevated barbs along their bodies for increased traction. They are usually packaged with products designed for placement on a wall or ceiling.

When a screw is driven into an anchor, the anchor’s shank splits and extends into flanges or wings that grab the inside of the drywall. This helps tighten the anchor and prevents it from being easily pulled out of its hole. To properly install expansion anchors, a pilot hole is necessary.

In addition to having the form of a cone, these anchors contain threads that are designed to resemble those found on screws. This allows them to be used as screw-in anchors. It is not necessary to drill a pilot hole in the wall to install them.

When a screw is driven into an anchor, it causes the body of the anchor to split, which holds it firmly against the drywall in the same way that expansion anchors do. The anchor has additional gripping force thanks to the threads on it. You’ll come across self-drilling anchors made of metal to offer supplemental support in wall studs.

Anchors with a Hollow Wall:

Hollow-wall anchors consist of a screw, a pointed metal body, and a spiked collar. These anchors are also sometimes referred to as molly bolts. A pilot hole is necessary for these anchors, just like expansion anchors. After the anchor has been installed, the spikes on the collar will keep it in place while the screw is turned.

The screw shortens the anchor body behind the wall, which causes the flanges to expand and press against the rear of the wallboard to provide additional support. Plastic anchors are also available, which work on the same concept as their metal counterparts.

Anchors in the shape of a toggle can take on a handful of different forms, including straps and screws. The fundamental idea is the same for both varieties. To give stability, an anchoring piece known as the toggle is inserted into a pilot hole and then cinches up against the back of the wallboard.

Toggles in the shape of screws provide a spring-loaded toggle that may be tightened for robust support; nevertheless, most of these toggles require a more extensive pilot hole. Self-drilling anchors are also available, which perform a function comparable to toggle bolts.

Install Drywall Anchors according to these Instructions:

Step 1: Make sure you use the correct drywall anchor.

Check to see if the drywall anchor you use can support the weight placed on this fixture and the environment in which it will be installed.

For this demonstration on how to utilize drywall anchors, we are working with a drilled or “self-drilling” drywall anchor with a maximum load capacity of fifty pounds.

In most cases, a threaded drywall anchor is an excellent bet: It does not require any pre-drilling to put into the walls and is available in strengths ranging from 25 to 75 lbs, which is sufficient for most light-duty to moderate-duty demands.

Step 2: Apply light to moderate force while twisting the self-drilling wall anchor into the drywall.

To install threaded drywall anchors, you must apply mild pressure with a screwdriver. This is because the tips of the anchors will automatically self-drill into the wall. Be sure to maintain using force until the broad threads show signs of securing themselves, as this will prevent the anchor from merely spinning in the hole and tearing away the drywall.

Step 3: Adjust the drywall anchor, so the lip is level with the wall as you turn it in.

To ensure the drywall anchor is fully embedded in the wall, maintain the same pressure level throughout.

Step 4: Screwing into the drywall anchor will allow you to attach your rack or shelf to the wall securely.

Once more, check to see that the screw has been threaded through the corresponding hole in the component that will be mounted on the wall.

Can I screw directly into the drywall?

Yes, you can screw it directly into the drywall. However, it’s always a good idea to use an anchor or toggle bolt to secure the screw and ensure a tight fit.

Can you hammer-in drywall anchors?

Yes, you can hammer in drywall anchors. But be careful not to overdo it, or you could damage the wall. Also, ensure the anchor is seated correctly before screwing it in. Otherwise, it might not hold as well.

What are drywall anchors used for?

Drywall anchors are typically used to secure shelves, hang pictures or mirrors or attach other objects to drywall. They come in various sizes and types to accommodate different needs and can be removed relatively easily if necessary.

Drywall anchors are a fantastic alternative to utilizing nails or screws when you need to hang anything on the wall. They are convenient when you don’t want to harm the wall, such as in rented homes or apartments. There are several varieties of drywall anchors, but the technique in which they all secure the drywall is essentially the same. 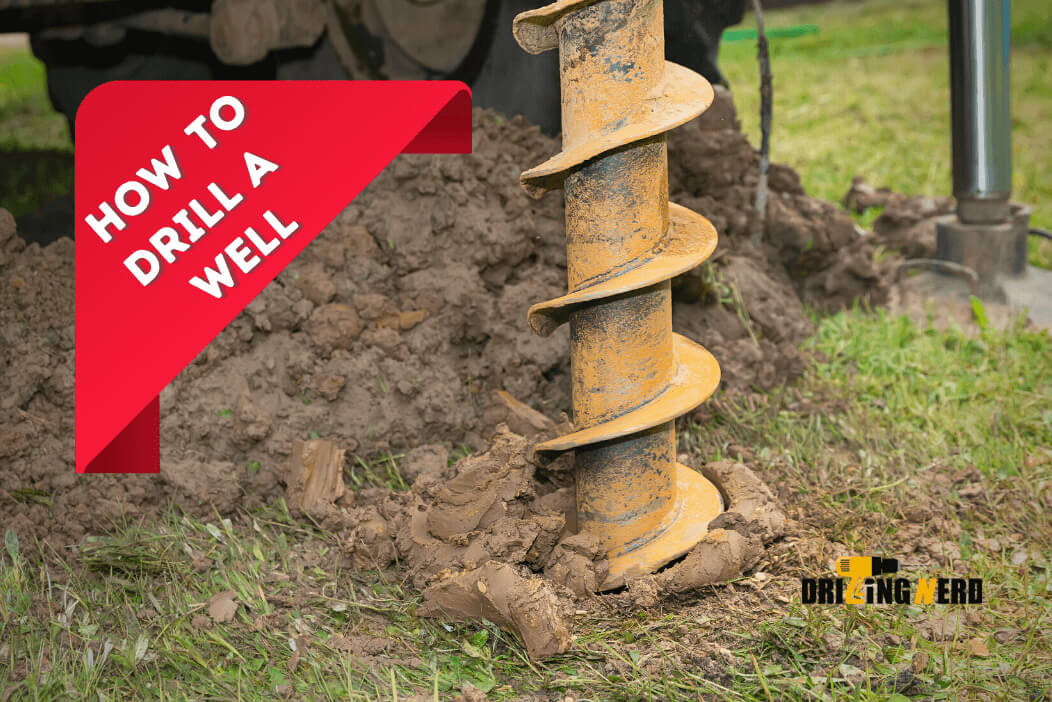 How To Drill A Well? Detailed Guide 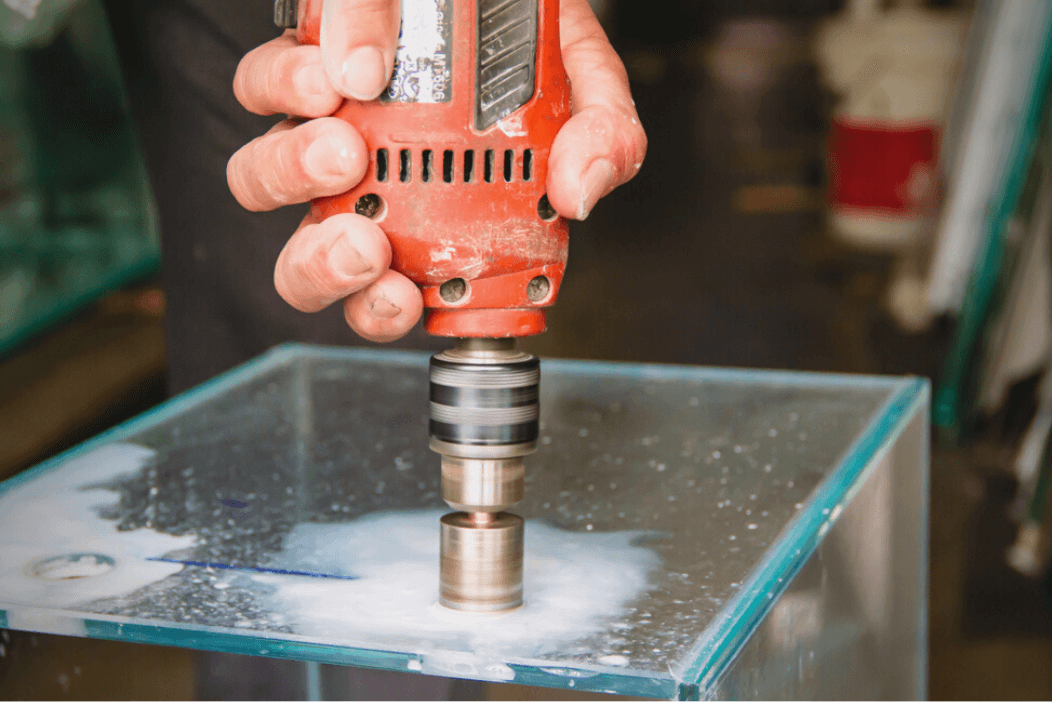 How to Drill A Hole in Glass? 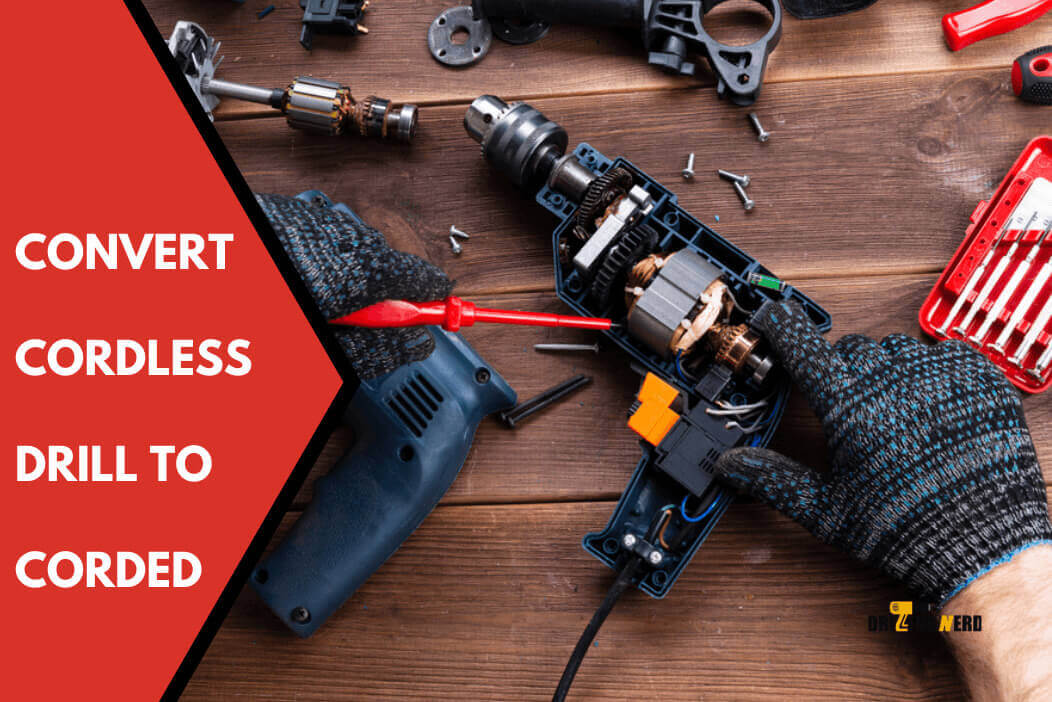 How to Convert Cordless Drill To Corded 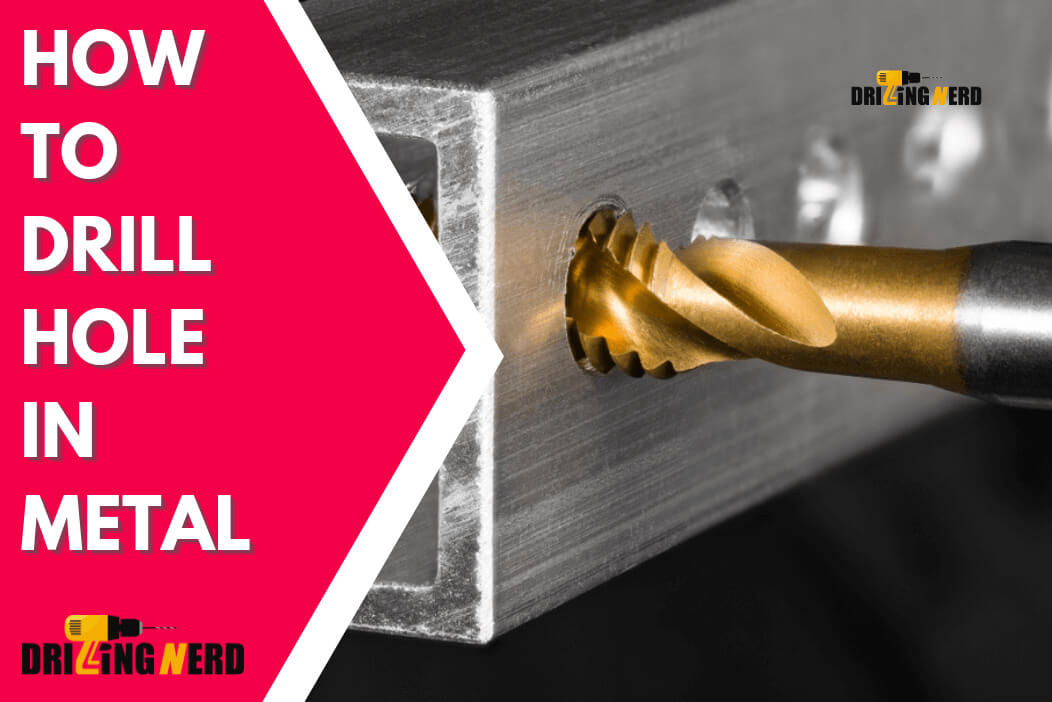 How to Drill Hole in Metal? 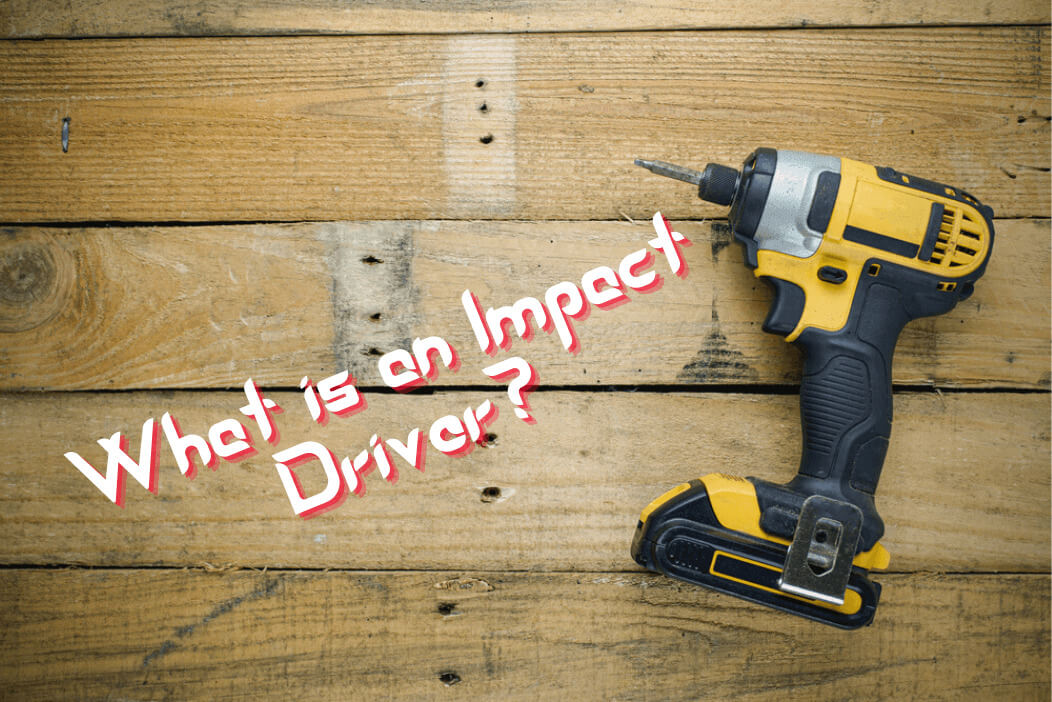 What is an Impact Driver? 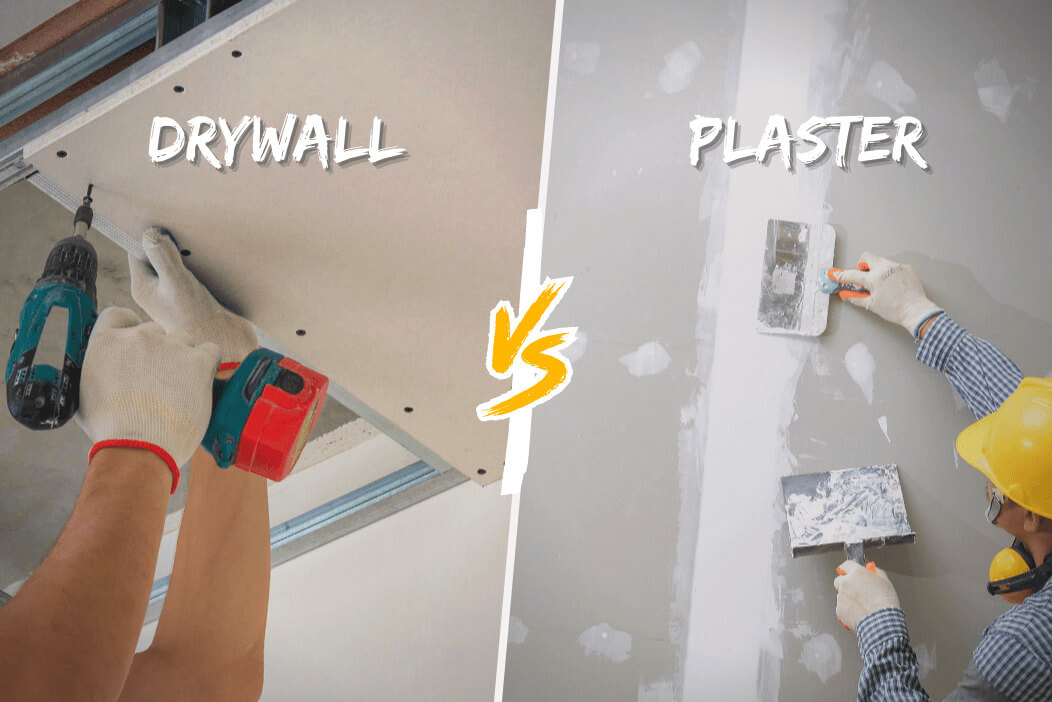 Drywall Vs. Plaster: What Are the Main Differences? 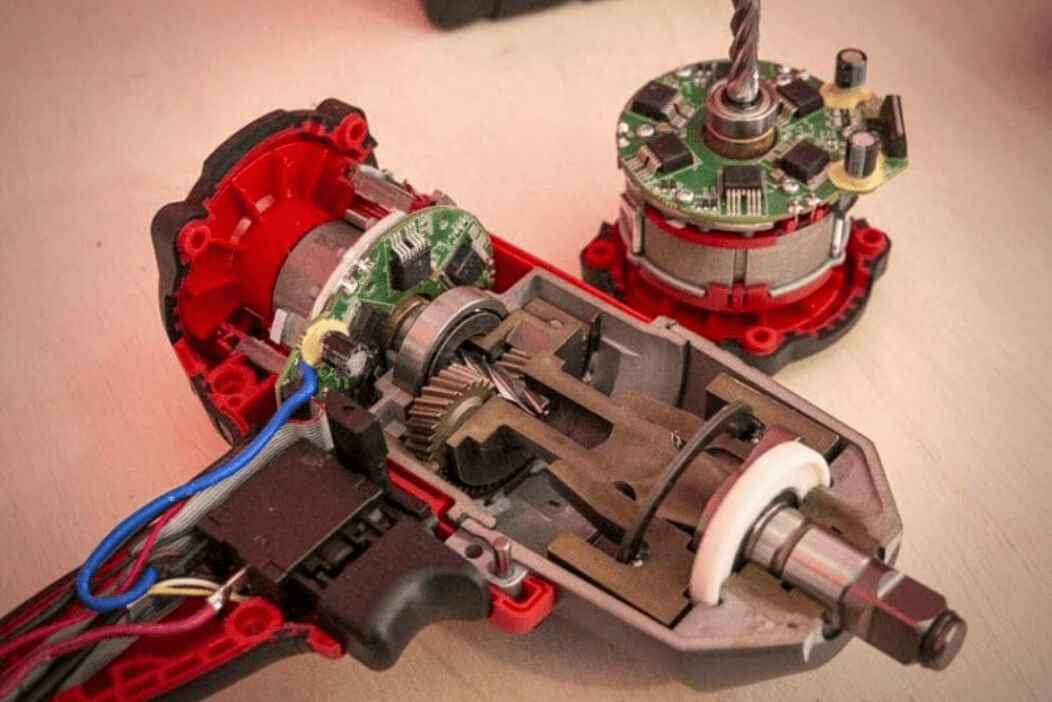 What is a Brushless Drill? 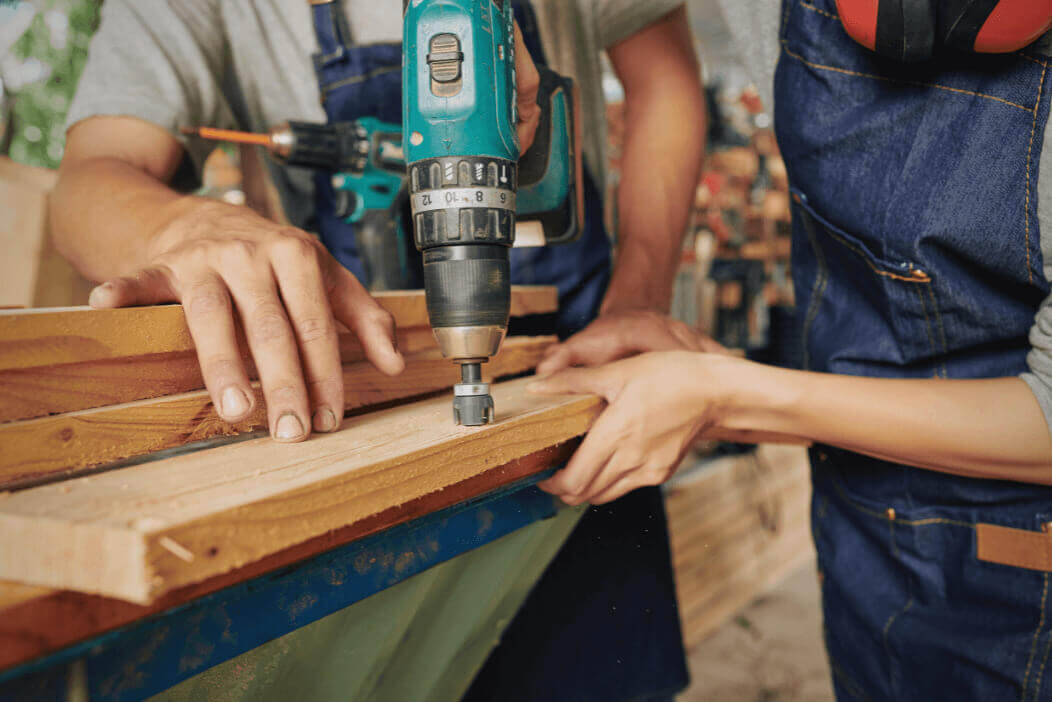 How to Drill A Hole in Wood? 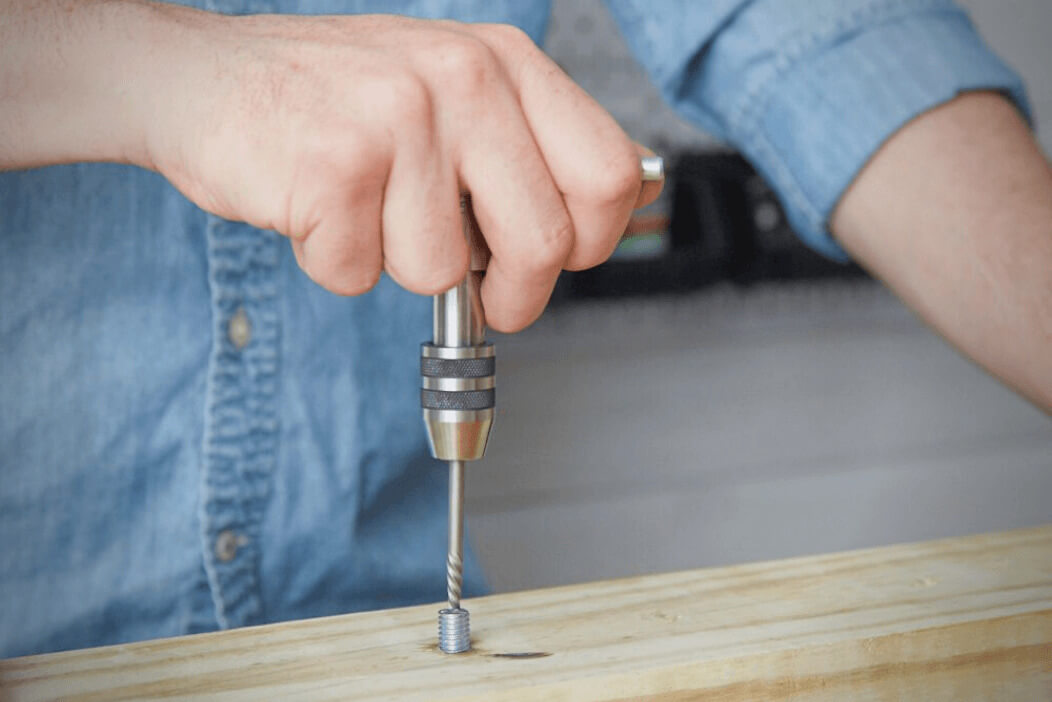 How to Use a Screw Extractor?